By Cheryl Van Sciver in BPY News with 0 Comments

Balanced Planet Yoga is happy to be partnering with Inspired Brews to bring unique and small batch kombucha to the studio.

Inspired Brews is located in Philadelphia and is owned and operated by Jennifer and Jessa.

Kombucha is an age-old elixir with new potential as a handcrafted gourmet beverage. An ancient fermented tea, kombucha has been shared among families, friends, and communities for thousands of years. As a probiotic, high-enzyme beverage, kombucha has been credited with everything from improving liver health and metabolism to preventing hangovers, slowing hair loss, and curing cancer. Whatever the health effects—at the least, kombucha is significantly lower in sugar than the soda alternative and is chock full of probiotics and B vitamins—many devotees find that they enjoy a lift and improved energy from regular consumption.

Inspired Brews is brewing their kombucha with care and great ingredients.  Using glass barrels, they source organic black and green teas and organic cane sugar. After being lightly carbonated and pleasantly tart, their kombucha is bottled for a second fermentation along with selected fresh raw juices or purees, herbs, and spices.

What is a SCOBY?

“SCOBY” refers to the culture which is made up of a “symbiotic culture of bacteria and yeast”—the acronym for it is SCOBY. It is like “starter.”

How long does it take to “brew” a batch?

One batch of kombucha typically takes about a week to brew. There are two stages of the fermentation process. Initially the brew ferments for about five days with the unique culture aerobically (covered with a linen). The second fermentation lasts one to two days in swing top bottles (anaerobically) soaking up our fresh raw flavorings. The temperature of the brewing area will change the brewing time though, so if it’s warmer than 72 degrees, the total brew time will be faster.

How does Inspired Brews vary from other kombucha companies?

They are doing everything on a very small scale, which means small brewing vessels, small secondary fermentation jugs, small amounts of fruit juice, and hand-filtering, bottling and labeling.  They use local and seasonal fruits and create fun flavor combinations that you won’t find with other brands.

What would you say to someone who’s never tried kombucha?

Kombucha is tart, flavorful, and refreshing. Its acidic component balances and brightens up a range of flavors, including fruits that might be too sweet on their own (i.e. banana). That said, it is an acquired taste for some. Personally, we have grown accustomed to the vinegar component in the flavor and have come to crave it daily.

Look for the newest offerings of Inspired Brews in the studio your next visit.  Grab a mason jar or get in on BPY’s Pour Pass club! 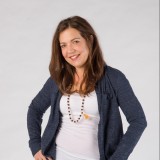 We use cookies to ensure that we give you the best experience on our website. By continuing to use the site, you agree to the use of cookies.I AgreePrivacy policy