A conversation with BPY’s Derek McMahon

Each person has a different reason for starting their yoga practice but most seek something similar from the practice: a healthy body and a balanced mind. I was extremely stressed when I first started my practice. One day, during the midst of a harsh break-up, my mother handed me a mat and brought me to my first yoga class. I never experienced an exercise quiet like it and I can still remember the feeling of lightness and levity that continued long after my first shavasana. From that moment on I was hooked, and after a few months, I was practicing alongside of my teacher under the guidance of his teacher, Jo-Anna Carey.

Jo-Anna’s dynamic vinyasa class was filled with extremely talented practitioners; students that did transitions and asanas (postures) that are still the most impressive that I’ve seen to this day. While I was still struggling to discern the word “Utkatasana” from “Uttanasana,” I would look around and observe how each student had a unique area of the practice where they shined. These students would also use their expertise to help and encourage their fellow practitioners. There was no doubt; I knew that I was in the middle of something special. I was inspired.

What I’ve learned was that it didn’t matter what asanas I could or couldn’t do, the sense of peace that I obtained after each practice began to permeate into all other areas of my life. All that mattered was that I took practice. All I had to do was move and breathe. Over the course of many practices, I began to develop flexibility and strength. Then, one day I realized that I was in an asana that the other students struggled with; my unique practice had emerged.

Jo-Anna always described herself as a beginner and I too will always consider myself a beginner of yoga. This mindset allows me the forgiveness to make mistakes, the open-mindedness to learn new ways, and the reminder that I am also on my journey of a thousand miles – one that I hope continues for the rest of my life. No matter where you’re starting from, it all begins with a single step.

Taking 5 with Kathleen – Learn More About Your BPY Yoga Teachers 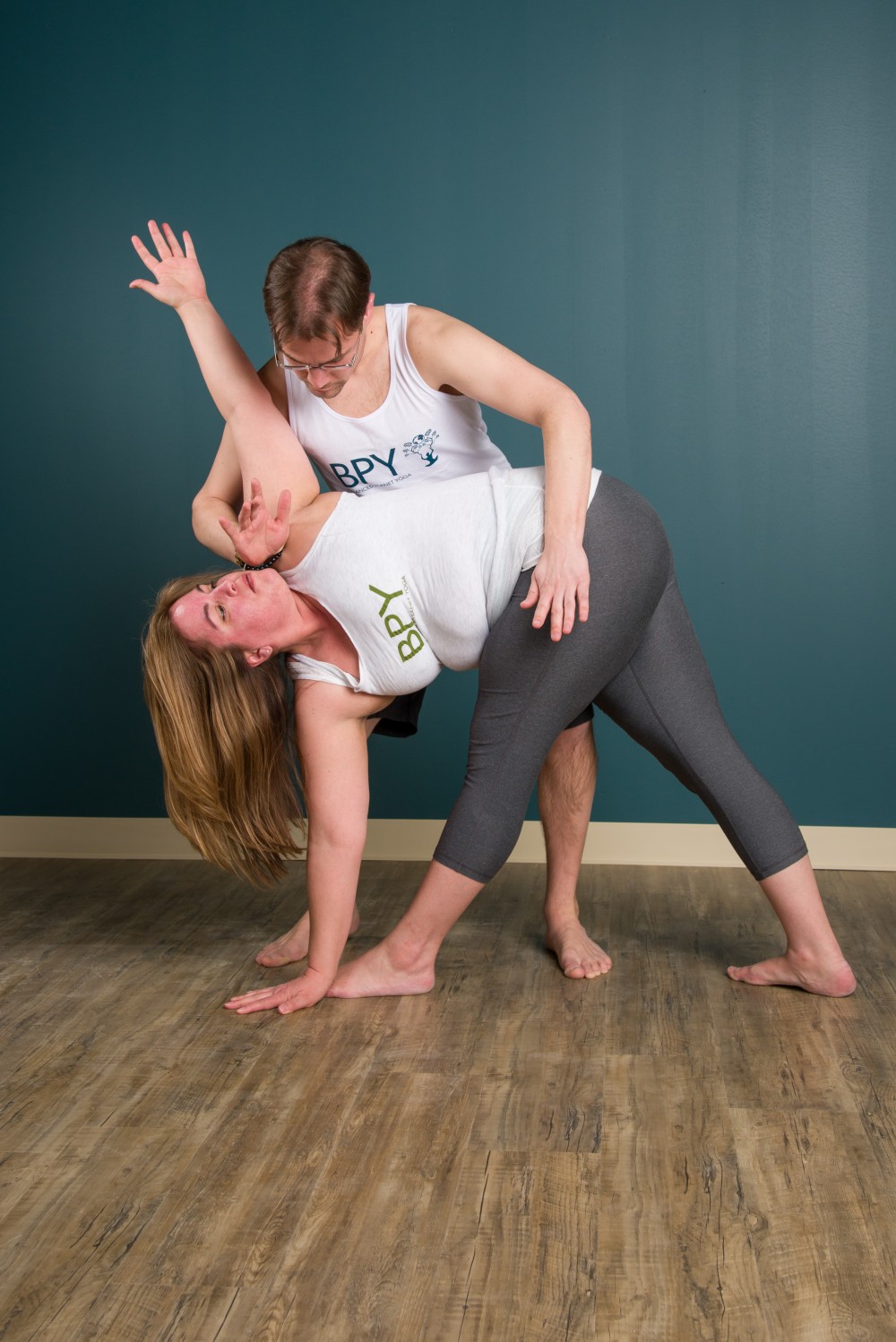